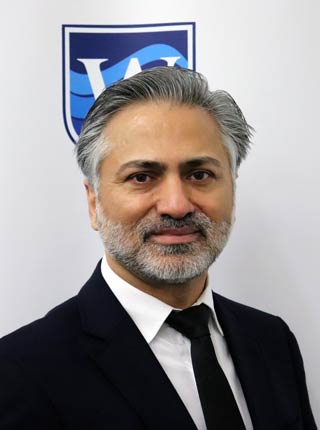 M.S., Economics (with Honors), Academy of State and Public Affairs under the President, 1999

Dr. Alex Sherm served as the Director of Finance for Economic Development at the Department of the Treasury for the Government of Uzbekistan. He was responsible for analyzing the feasibility of FDI projects to determine credit worthiness and make final recommendations to the Prime Minister. While he was with the ministry of finance, he played an integral role in the planning, building, and in the implementation of the CIS economy. Dr. Sherm was responsible for the execution of special projects that guided Uzbek Central Bank monetary policy and provided key decision-making support to the office of the Prime Minister. He was responsible for the authorship of core components of the Uzbek Tax Code and tax guidelines governing the public and private sector economic development and capital investments.

While serving as Director of Finance for International Debt Management (Ministry of Finance of Uzbekistan), he secured international institutional financing for capital and infrastructure projects undertaken by both government bodies and private enterprise. His experience includes working directly with such monetary institutions as the IMF, the World Bank, the European Bank for Reconstruction and Development (EBRD), the Asian Development Bank, Morgan Stanley, and major global players in industries ranging from oil to agriculture to healthcare.

From his past work in economic development and project finance, he has vast experience in assisting companies to build business partnerships across borders, secure financing and lines of credit, and negotiating international contracts. For over 10 years, he was a lecturer and instructor of finance and economics while working in the government in Uzbekistan and enjoys sharing real life experience with his students.

Dr. Sherm has earned a Master’s Degree in Mathematics and a Master’s Degree in Economics from top Universities in Uzbekistan, such as the Academy of Government Administration Under the President of the Republic of Uzbekistan. After considering his objectives, he made the important decision to pursue a Doctoral degree at Westcliff University, Irvine, CA. He brings a unique global perspective to his teaching and is passionate about the power of education to support global communication and relationships.