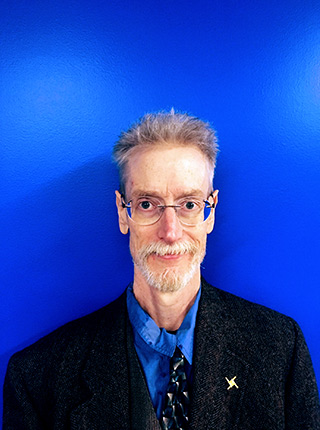 Dr. John L. Murphy holds a Doctor of Philosophy in English Literature from U.C.L.A. He earned a Master of Arts from Claremont, after a Bachelor of Arts from Loyola Marymount.

He has conducted research in purgatorial and liminal states in British and Irish literature; representations of Irish republicanism; the reception of the Irish language in English-language media; portrayals of anarchists and Fenians; medievalism; Franciscan Studies; Irish Catholicism; Irish-Hungarian Holocaust dramas; Bhutan in books and film; audio and internet resources for Dante, Tolstoy, and Dostoevsky; online guides for learners of Irish and Welsh; eco-criticism; paganism in Irish rock music, and the Buddhist and the Jewish communities in Ireland. He contributes book and music criticism and reviews to a variety of academic and popular media.

Dr. Murphy has coordinated the Humanities at DeVry University, Long Beach. He has worked as an adjunct faculty member at the Union Institute, the University of Redlands, and the Fashion Institute of Design & Merchandising. Before that he served for the Los Angeles Unified School District as a tenured, credentialed Adult Academic Instructor, and as a Teaching and as a Research Assistant at U.C.L.A. He has taught college students in Genres of Literature, American Literature, Science Fiction, Film & Literature; Survey of the Humanities, Contemporary Fine Arts; Contemporary Religions; U.S. History, 20th-Century Global History; Public Speaking, Interpersonal Communication; Logic & Critical Inquiry, Principles of Ethics, Legal & Business Issues in Ethics, Environmental Debate, and Technology, Culture & Society as a capstone course with an emphasis in Environmental Ethics. He has developed English, Speech, and Humanities curricula for undergraduates. He is a certified “animator” liaison for the Global Catholic Climate Network. He is a Reader at the Huntington Library, where he continues his humanities research.