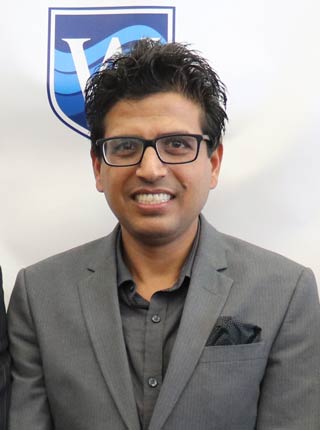 Narottam obtained his Master in Public Administration from Tribhuvan University, Kathmandu, Nepal and M. Phil. in Public Policy from University of Bergen, Norway. Since his graduation in 1999 he has been working with Nepalese higher education especially in the field of business and entrepreneurship.

An International Visitor Leadership Program Fellow of US Department of State, Narottam attended a week-long executive program on Social Entrepreneurship at INSEAD, Singapore.

Narottam served as the convener of the Startup Ecosystem Development Committee of Ministry of Industry, Government of Nepal for a period of one year in the year 2017. Narottam was awarded as the Manager of the Year 2013 by Management Association of Nepal.

A firm believer of freedom and actively involved in promoting entrepreneurship Narottam is in the mission of democratizing the wealth creation in Nepalese society.