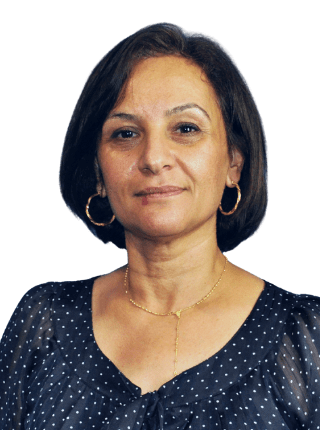 Currently, Nino teaches beginner and intermediate levels of Arabic at the Beverly Hills Lingual Institute. She has participated in an outstanding amount of workshops, seminars, conferences, and certification courses from all over the world, including, the International Conference on “Education for the Survival of the Human Race” in Guwahati, India, and the workshop on the Methodology of Scientific Research and Constraints at Irbid Private University in Jordan. She also has had a hand in eight publications, including, The Effect of Data Systems Competency on the Effectiveness of Decision Makin in the Housing Bank for Trade and Finance Branches in the North Region, Nov 2001, LIL-buhooth Wa District, No. 1, Vol. 4, and Problem Solving Approach for Global Marketing Functions, April 2002, LIL-buhooth Wa District, No. 2, Vol. 4