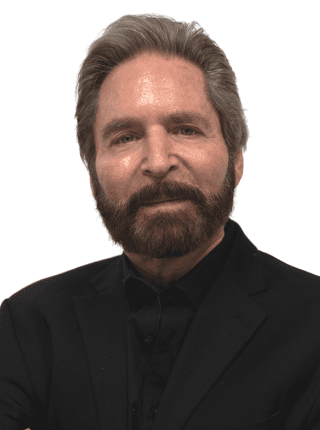 From Harvard/MGH neuroscientist to internationally recognized serial entrepreneur, digital imaging expert and visual effects (VFX) pioneer, Dr. Barry Sandrew has over 34 patents and decades of feature film & TV accomplishments including productions for all the major Hollywood studios, TV networks & several cable networks. Dr. Sandrew invented the process for colorizing black and white feature films and founded a production studio, American Film Technologies that became the gold standard for color visual effects. In 2000 Sandrew re-invented colorization and founded Legend Films. There he produced color conversion of 100 feature films for the Legend Films library as well as many feature films for Fox, Sony, Universal and Paramount studios. In 2006 Dr. Sandrew invented the process and pipeline for converting 2D feature films to stereographic 3D and subsequently changed the company’s name from Legend Films to Legend3D. From January 2010 Sandrew’s team of 850 – 1200 talented artists, engineers and technicians have produced 3D conversions and VFX on over 65 of the highest-grossing box-office 3D feature films of the past 10 years.

As Director of Entrepreneurship at Westcliff University, Dr. Sandrew is working to create an entrepreneurial culture through the establishment of the Westcliff startup incubator. The incubator welcomed its first class of startup companies this year. He also established the Westcliff Distinguished Innovator Speaker Series that attracted some of the most prominent scientists, inventors, entertainers and business leaders as presenters to the Westcliff Webinar audience. In February he initiated the Entrepreneur in Residence program within WAVE offering mentorship to students and faculty seeking advice regarding business startups and the monetization of innovation. Most recently Dr. Sandrew initiated the course, Strategic Crisis Management in The Pandemic Era that offers Westcliff students an opportunity to study the pandemic’s economic and social impact on business and commerce by engaging directly with business leaders that are dealing with the pandemic’s aftermath.