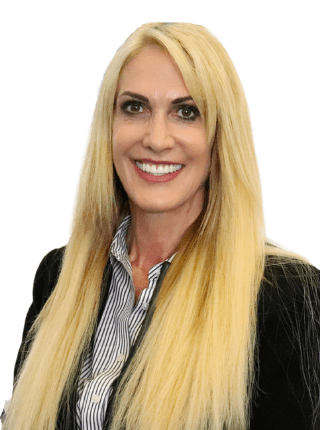 Dr. Julie Ciancio is the Chief Academic Officer and Vice-President of Academic Affairs. She previously served with distinction as the Dean of the College of Education at Westcliff University, where she oversees the MA TESOL, TESOL Certificate, and Bachelors in Education programs. Recently, she was a Fulbright Scholar in Madrid, where she helped to create a MOOC for English for Spanish Speakers and an English for Tourism course. Previously, she was the TESOL program administrator at California State University, San Bernardino, where she managed the TESOL master’s program, several TESOL certificate programs, and Intensive TESOL Teacher Training programs for the College of Extended Learning. She has published numerous articles, conducted professional development workshops, and teacher training workshops on TESOL around the world.

Periodically, she serves as an English Language Specialist, and previously was a Senior English Language Fellow for the US State Department, Bureau of Educational Affairs. Prior to that, she was an EFL teacher, teacher trainer, and university professor in Brasilia, while she lived in Brazil for 13 years.

She has a Master’s in Applied Linguistics and a Ph.D. in Social Psychology from the University of Brasilia (UnB), Brazil, where she conducted research on the influence of acculturation on second language acquisition. She also holds an MBA in International Business from California State University.

As a Senior English Language Fellow (ELF), English Language Specialist, and Fulbright Scholar for the Bureau of Educational and Cultural Affairs of the US State Department, Dr. Ciancio had the great opportunity to work abroad while representing the United States through various projects between 2007 and 2016.

The ELF and Specialist programs were created as a form of soft-diplomacy or grassroots diplomacy through which civilians from the US can meet civilians from other countries through educational exchange programs and consequently break down stereotypes and preconceived notions that would otherwise be promulgated through a lack of knowledge and understanding.

As an ELF and Specialist, Dr. Ciancio participated in programs to train English teachers in India and Venezuela. She provided expert advice on content-based instruction (CBI), English for Specific Purposes (ESP), teaching methodology, assessment practices, curriculum development, etc. to the Regional English Language Officers (RELOs) of the US State Department Office of English Language Programs as well as to government officials from state departments of education in the countries she visited. She created textbook series that were adopted by the State of Tamil Nadu, India for its 5,000 government polytechnic colleges and another textbook series that was adopted by the government colleges of that same state in India.

In this capacity, she provided expert advice to the governments of India and the US regarding English language instruction. The US State Department’s Bureau of Educational and Cultural Affairs mission is to educate people in priority countries utilizing English as a lingua franca to help promote understanding across cultures. Grassroots understanding and the ability to communicate is the most powerful form of peaceful diplomacy. According to Dr. Ciancio, “It was an honor to be able to be a part of this cross cultural communication and soft-diplomacy initiative.”