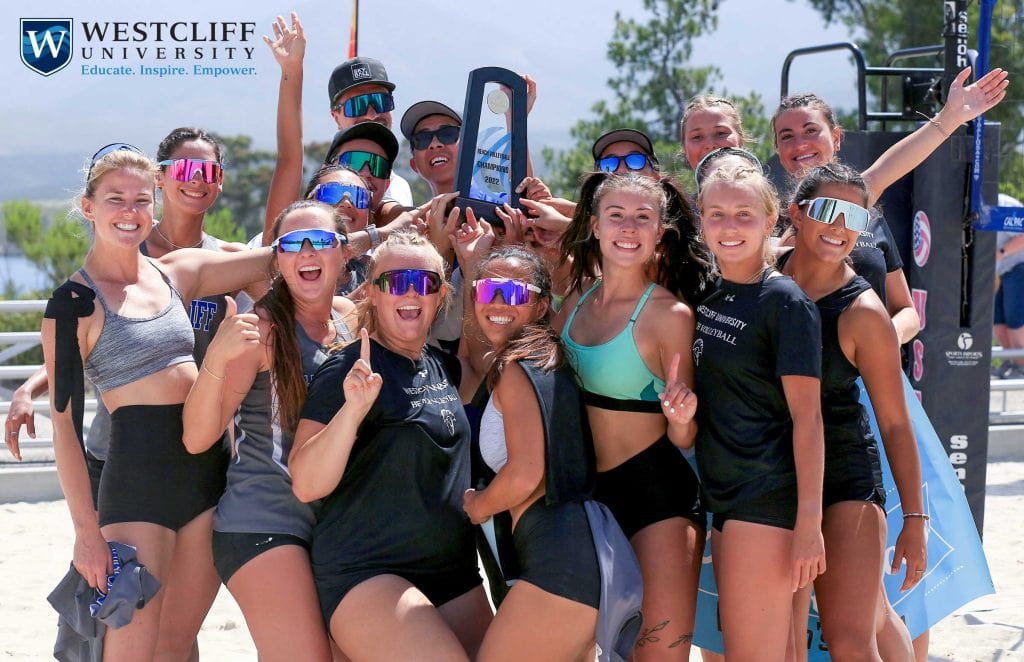 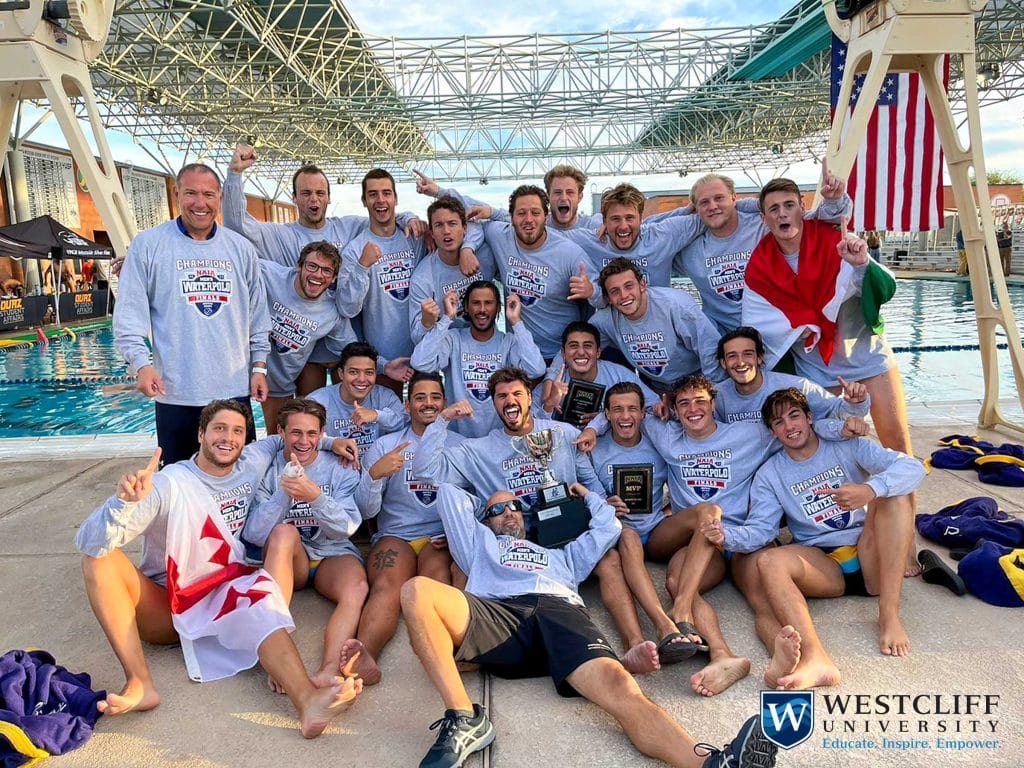 IRVINE, CALIF. (Jan. 10, 2022) – Westcliff University, a global higher education institution with a reputation for academic and athletic excellence, has cemented its legacy as a heavyweight contender in collegiate sporting events with a multitude of outstanding athletic achievements throughout the 2021-2022 season. Westcliff University Athletics includes 28 Westcliff Warriors teams composed of students from diverse backgrounds with a strong commitment to integrity, respect, academic excellence and good sportsmanship. Collectively, the Warriors scored two national and three conference/league championships along with multiple other individual and team recognitions throughout 2022 under the accomplished leadership of Shawn Harris, Dean of Athletics.

“Our faculty and staff strive to cultivate confidence, superior leadership skills and hard work ethic in our students to enable their success—and Westcliff University’s athletic program is a prime example of what that looks like,” said Dr. Anthony Lee, president and CEO of Westcliff University. “Our student-athletes are champions of character who inspire us and positively represent our school with their tenacious dedication, sportsmanlike conduct and pure athletic ability. We are proud of their impressive list of accomplishments this season and look forward to seeing their continued success, both on and off the field.”

From the very beginning of the year, the winter sports season ignited the Westcliff Warriors year of athletic domination with both the men and women’s swim teams hitting seasonal and personal best times during the Pacific Collegiate Swim and Dive Conference (PCSC) Championship Meet. Victory continued in the spring when track and field secured a gold medal in the Cal Pac 5000-meter event and cheer placed second at the U.S. National Cheerleaders Association (NCA) Competition and two received the NCA All American awards. Westcliff’s surf team finished fifth at the National Scholastic Surfing Association (NSSA) Nationals; and the baseball, softball and men’s volleyball teams received a variety of notable Cal Pac recognitions including All Academic, Honorable Mention and many others. Cross country would conclude the year with NAIA Scholar Athlete and All Cal Pac Conference Awards while the men’s soccer team secured five All Cal Pac awards. Women’s volleyball also blazed through the season with a 10-match winning conference streak and multiple All Cal Pac Conference awards.

“Our student-athletes continue to conquer every challenge they face head on while wearing our school colors with honor and pride,” said Westcliff Dean of Athletics, Shawn Harris. “We work hard to instill a leadership mindset and strong sense of integrity across the entirety of our athletics program – and these student-athletes rose to the occasion to embody the spirit of our university this year with a high level of performance. We are proud to have such dedicated individuals, coaches and teams within the Westcliff University Athletics program and are thrilled to recognize their incredible raw talent and long list of well-deserved sporting achievements.”

About Westcliff University: Westcliff University is an innovative global higher education institution with its finger on the pulse of the international business landscape and the needs of today’s employers. Founded in 1993 and based in Irvine, Calif., it offers bachelor’s, master’s and doctorate degrees spanning 21 areas of study including business, education, technology, computer science and engineering – and most recently law with the acquisition of Western State College of Law. Westcliff is a California Public Benefit Corporation which affirms its dedication to operating in the best interests of its students and the surrounding community. With more than 4,000 enrolled students, its programs focus on both the hard and soft skills needed to secure quality jobs in high-growth industries; it offers community and business engagement opportunities for the hands-on experience today’s students require; and it provides innovative and affordable programs live online and in classrooms across the globe. Visit www.westcliff.edu and www.wsulaw.edu to learn more; and follow Westcliff on Facebook, Instagram and LinkedIn. 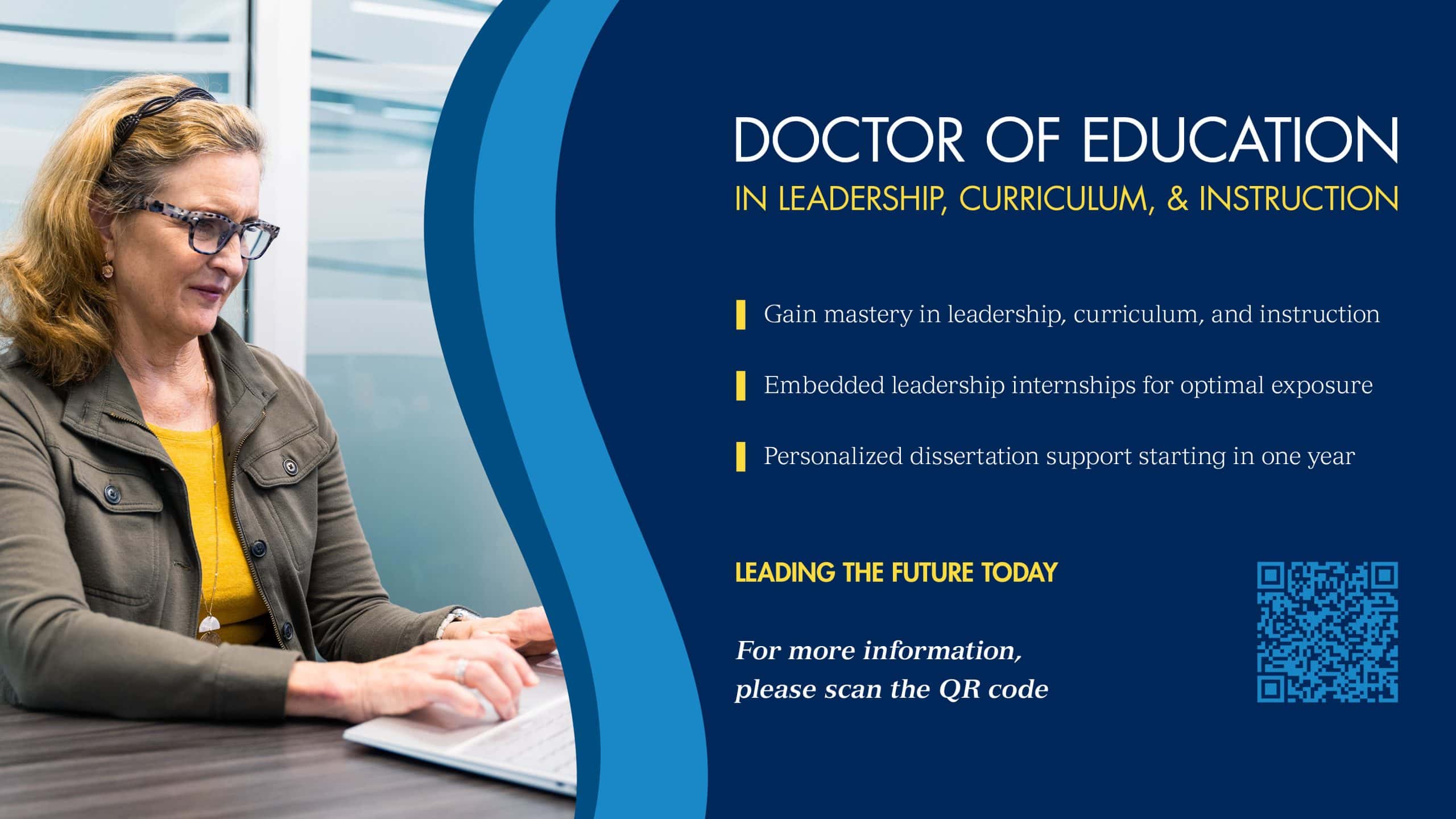 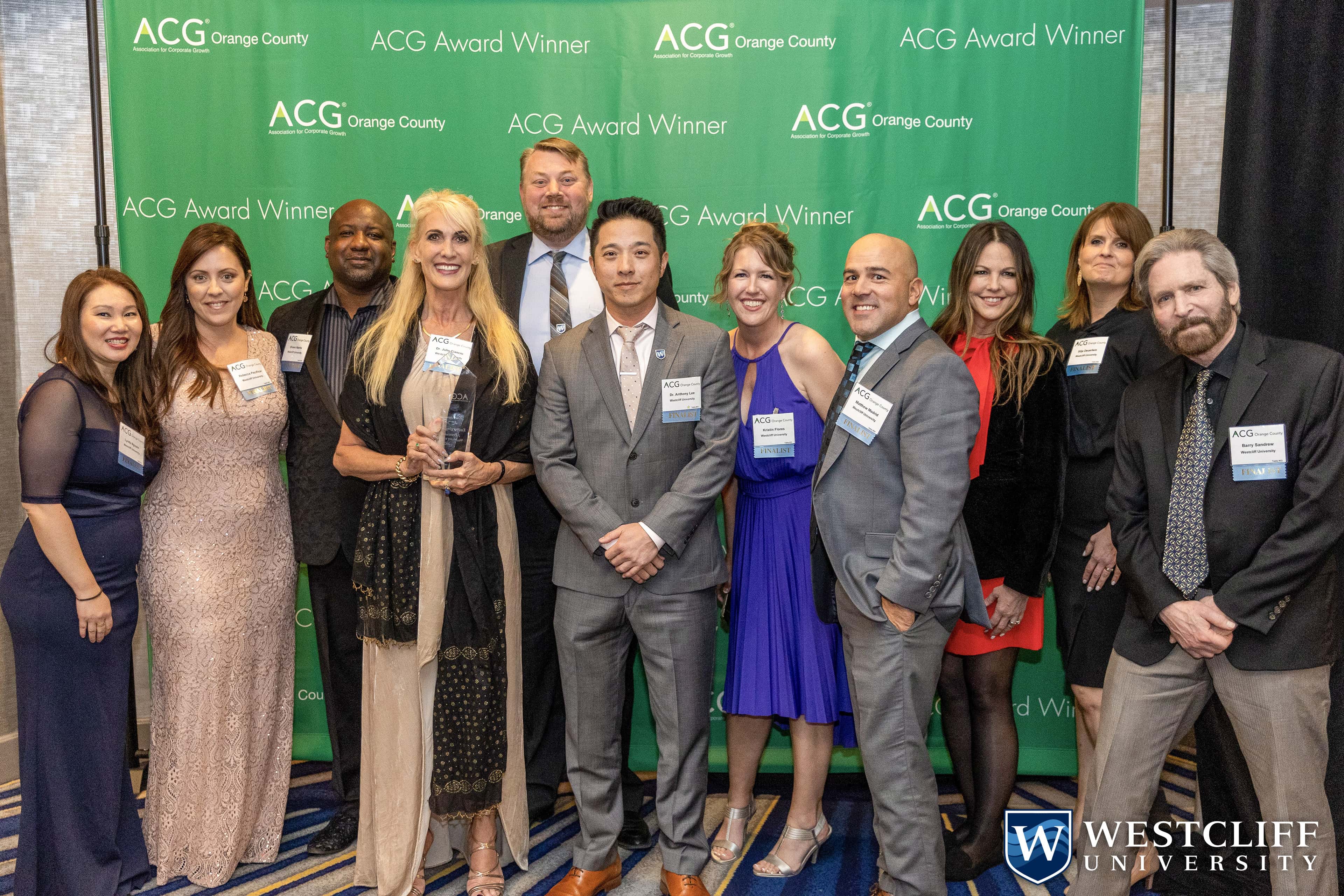 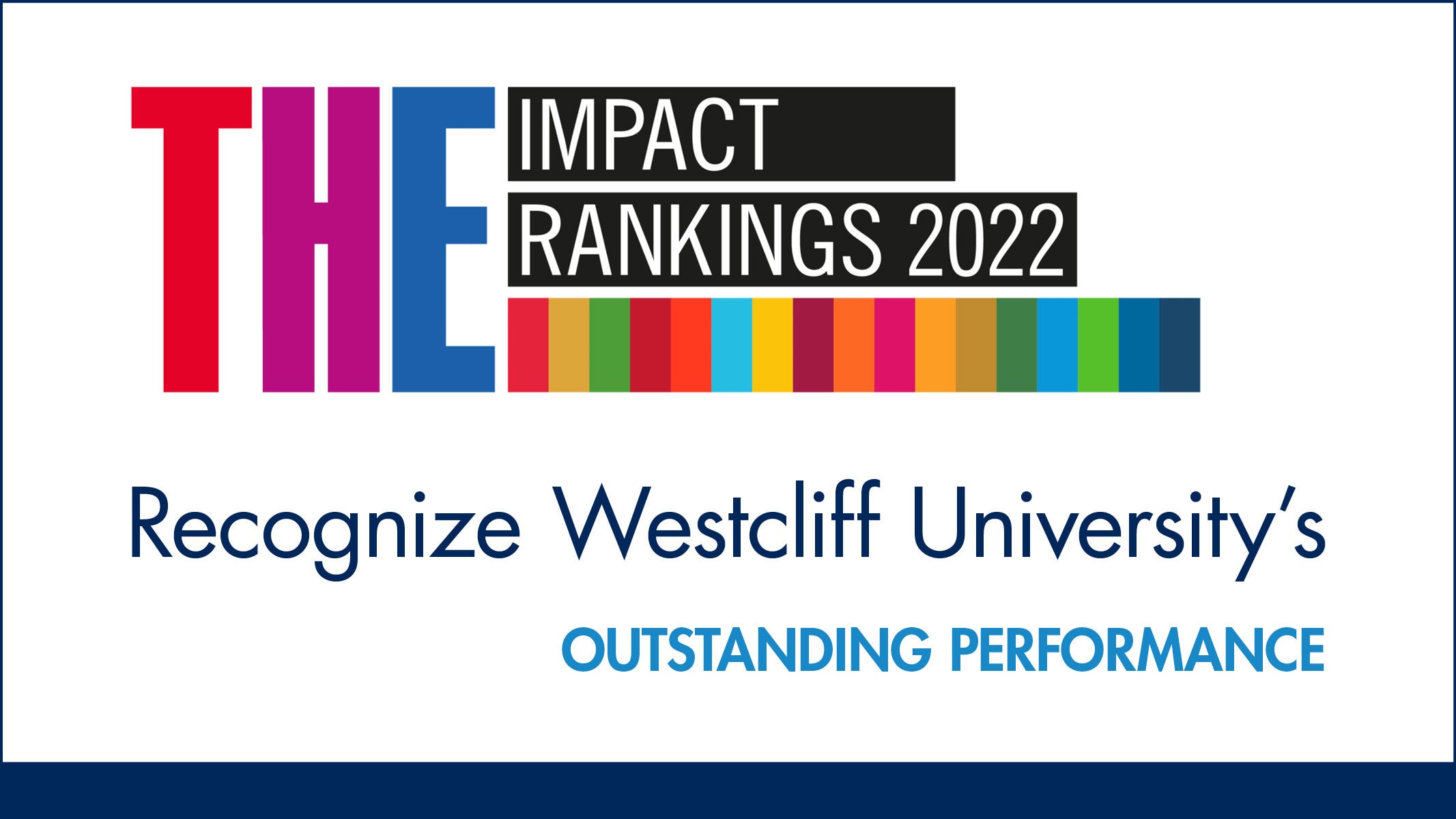 WESTCLIFF UNIVERSITY 2022 IMPACT RANKINGS OUTPERFORM PREVIOUS YEAR’S RESULTS
Ready to apply?Start your application today! APPLY NOW
This website uses cookies to ensure site visitors get the best experience on our website. By continuing to use this site, you accept our use of cookies and Privacy Statement. To learn more, please visit Privacy Statement. Read More
Back to top